Apple has released iOS 6 to the general public today alongside a major OS X Mountain Lion update and now, the official Podcasts app for iPhone, iPod touch and iPad has also received an update to support the latest iOS release. The standalone Podcasts app was released in June this year and enables iOS users to listen to and watch all their favourite podcasts from the iTunes store through a one stop app. 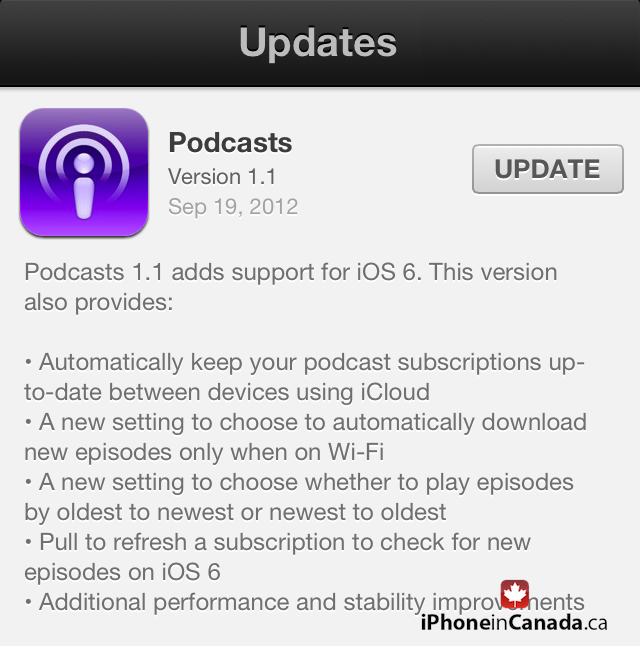 The Podcasts app update also brings the ability to select automatic downloads of new episodes when on Wi-Fi as well as a pull to refresh feature for checking new episodes. Minor changes include automatic syncing between iOS devices over iCloud, episode playing order and stability improvements.