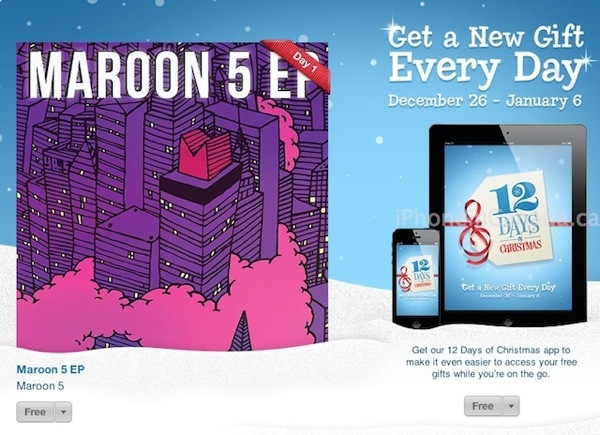 Apple’s 12 Days of Christmas giveaway for 2012 has started and the first day’s freebie is a Maroon 5 EP that features two songs and a short video:

You can find links to download the songs within Apple’s free 12 Days of Christmas app or you can go straight to iTunes on your Mac/PC and download them here. 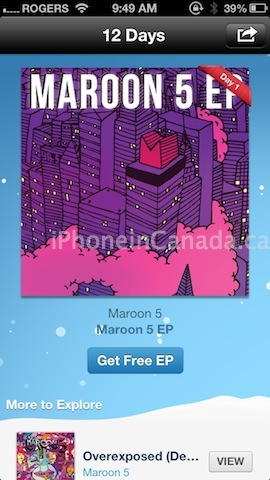 Let us know if you’re happy with today’s freebie!