Apple has updated their 12 Days of Christmas iOS app which will offer a variety of free iTunes media downloads starting December 26th. The free app is available for download in Canada.

Last year’s iTunes 12 Days of Christmas was a partnership between Canada.com web properties but this year it appears downloads will appear within the iOS app. 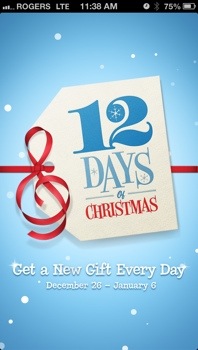 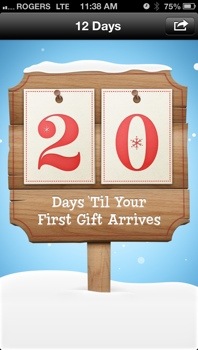