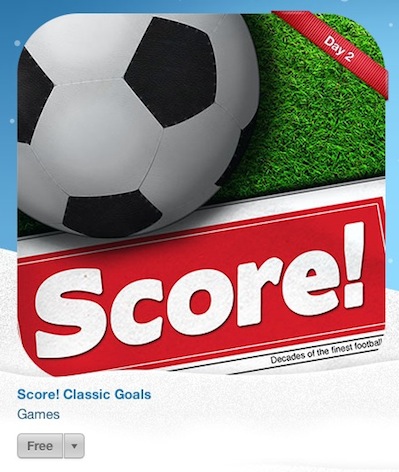 Apple’s 12 Days of Christmas offers up free downloads and runs from December 26th until January 6th. Day 2’s offering is the game Score! Classic Goals, an interesting football based puzzle game. The game allows you to recreate classic goals from the past 40 years of international football and features over 420 levels and 140 goals to ‘recreate’. 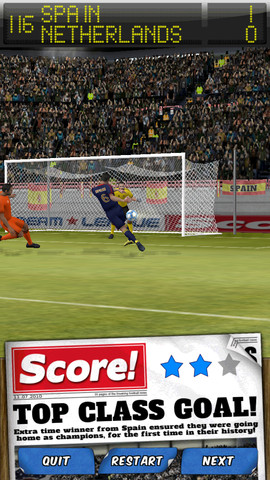 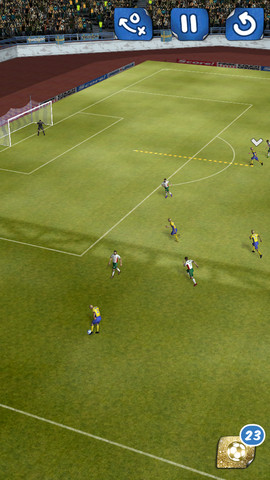