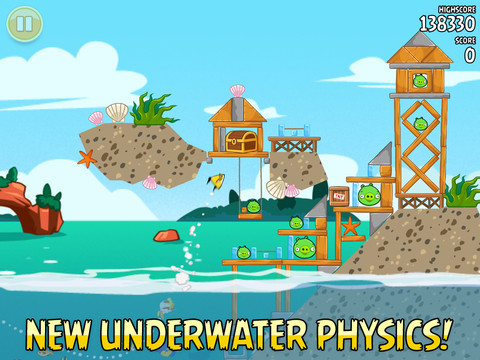 This weeks’s App of the Week is a big one. One of the most popular franchises on the iOS platform is Angry Birds, and this week Angry Birds Seasons is free to download in the App Store.

Angry Birds exploded on the iPhone and since its release, it has spawned three additional spin offs: Angry Birds Seasons, Angry Birds Rio, and Angry Birds Space. Angry Birds Seasons receives major updates 4 times a year, coinciding with the change of the seasons. It features different themes for different holidays like Halloween, Christmas, and Easter. The game play is just as fun as the original Angry Birds, with the added themes and scenery. This summer’s update brought some new underwater physics that has made the game a little more challenging and adds a cool twist to the game play.