Apple’s Free App Pick of the Week is the Photo Booth App, IncrediBooth

It’s a new week and that means another free app Pick of the Week from Apple. Last week, we saw the puzzle game iBlast Moki HD go free, and today the new pick is IncrediBooth. The app is regularly priced at $0.99:

A Photo Booth in your Pocket – Awesome Photo Strips Anywhere!

Show up with the party already in your pocket. IncrediBooth is the hottest way remember any shindig. Your friends, co-workers, or future mate will be instantly impressed with your ability to capture fun. Be known as the life of every party!

? Includes the Incredible Cowboy Booth with 4 different retro effects
? Share the whole strip or just one at a time
? Upload directly to Facebook, Twitter, send in an email, or export to your Photo Library
? Get new booths with incredible new looks from the in-app HipstaMart 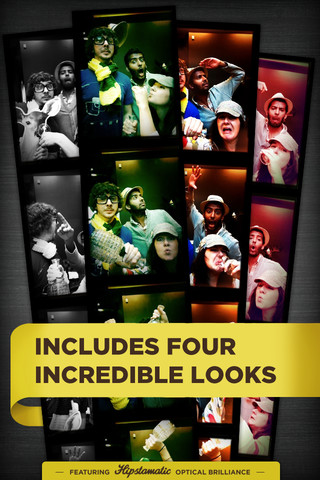 I’ve actually owned IncrediBooth prior to this, and it’s a pretty simple and entertaining app to use with friends and family. It’s a photo booth in your pocket and it’s easy to share the images.