BlackBerry is set to release an iOS update for its BBM app, which will bring “a fresh new look and feel”, along with screen support for the iPhone 6 and iPhone 6 Plus, something users have been longing for.

You can’t help but notice the sleek and modern design updates like a flat UI and attractive transparencies. These adjustments make BBM look sharp across supported Apple devices. 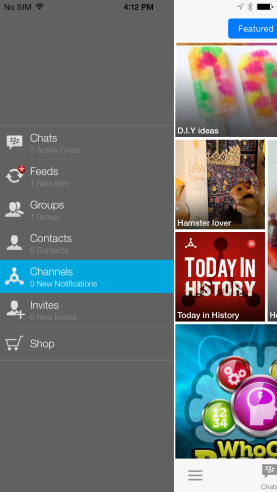 Also new is the ability to send stickers in groups, plus new longer timed messages up to 60 seconds in length. BlackBerry says to expect the update to be released in the App Store in the next 24 hours or so.