Must Have: Camera+ is Currently Free via the Apple Store iOS App

If you don’t have Camera+ yet (our favourite photo editor), you can now download it for free via the Apple Store iOS app, the first time the app has gone free! Here’s how to do it:

1. Download the Apple Store iOS app. Tap the Stores tab and scroll to the bottom and tap on Camera+: 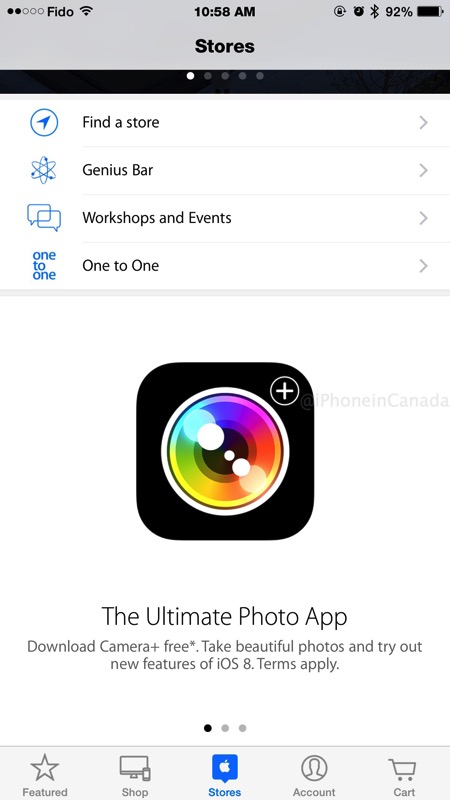 2. Tap on ‘Download now for free’ and follow the prompts. You will be taken to the App Store and given a promo code to redeem. 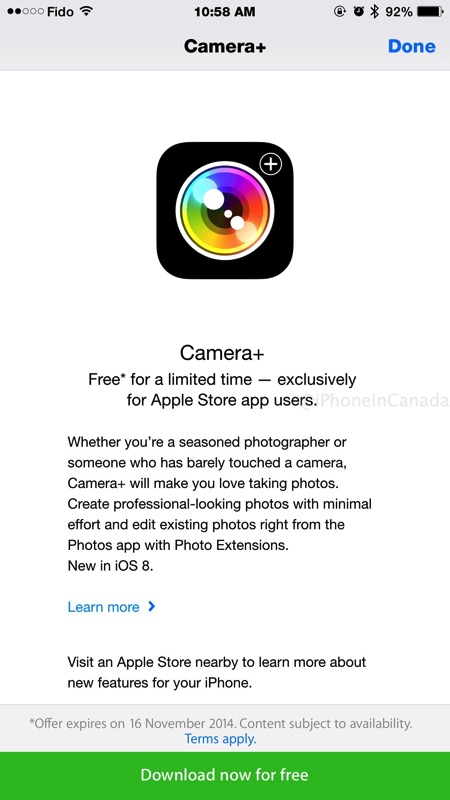 Camera+ 6 debuted in late September and brings a new design with full manual controls for the camera. It normally retails for $1.99 but it’s free via the Apple Store iOS app.

Again: the app is ONLY FREE VIA THE APPLE STORE iOS APP WITH THE SUPPLIED PROMO CODE YO

Update: If you’re getting an error, try force closing the Apple Store iOS app and try it again.