Coming Soon: Evernote 5 for iOS – “It’s All About Speed” 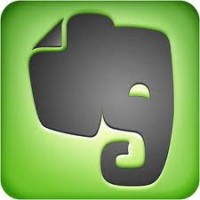 It was about a year ago that we saw the last big update to Evernote for our iOS-based mobile devices, so it is very exciting that we can now expect big changes for the app along with the huge refresh for other platforms.

Claiming to have “learned a lot over the years about how people use Evernote on mobile devices,” the developers have found the key to success: “It’s all about speed.” With the new update, tasks are becoming far more streamlined (tags will be front-and-center, they promise) and using it will be entirely more efficient.

If you want to add a note you can now do so with a single click, though the real beauty of the upgrade is with the addition of a modified Home Screen that uses Views (“making it easy to browse, search and organize notes however you like”). Plus, for those of you who roam from coffee shop to coffee shop picking up free Wi-Fi, the new Places feature will let you easily track your note-writing-locations on a nice-looking and interactive map.

There is no official word on a release date for the new version of the app, other than we are assured it will be very soon!