We reported earlier that CTV was set to release their Olympics London 2012 iOS app for live streaming and now it is available for download. The app will include live video coverage from CTV, TSN and Sportsnet Olympic broadcasts along with 15 other events from their World Feed.

Do note video is geo-restricted to locations in Canada via WiFi only, and the app does have an ad banner along the bottom (but hey, what are the Olympics without sponsors?). If you’re a Bell subscriber, you can also get video from the Bell Mobile TV app for $5/month. 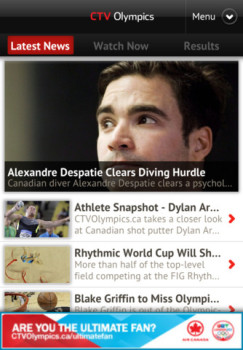 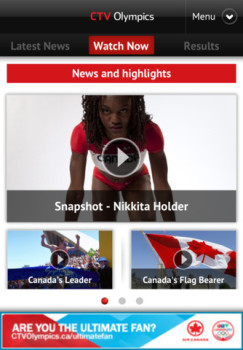 Thanks for the heads up Anthony!