Back in February we first noted the release of Dell Voice, a free VoIP app to provided Canadians with a free number to allow for the receiving and making of voice calls throughout Canada and beyond. The app is powered by Fongo, a Canadian mobile start up that is on pace to surpass 1 million Canadian subscribers to their products.

When Dell Voice launched it quickly became the top social networking app in the App Store. Fongo predicts 1 in 7 smartphones in Canada will be using their apps for voice and messaging by the end of 2012. The company claims their free calling platform is on pace to save Canadians over $100 million dollars, based on their user base saving $10-80/month on local and long distance calling minutes.

Dave Bullock, President of Fongo said, “Fongo is the first company to solve the puzzle of how to offer free calling, and how to do it profitably. The response from Canadians has been overwhelming and highlights the huge appetite for reducing or eliminating mobile phone bills in this country. Our latest iPhone free calling app was installed on nearly four per cent of all iPhones in Canada, after only 90 days, and we’ve only scratched the surface of what Fongo will be releasing in coming months.”

The Dell Voice app, powered by Fongo is supported by an ad banner placed within the app, which is available for iOS and Android smartphones. John Stix, the Fongo Chief Marketing Officer noted they are “well on their way to hitting north of a billion mobile page views,” which has enabled the company to grow and continue to provide their free service. 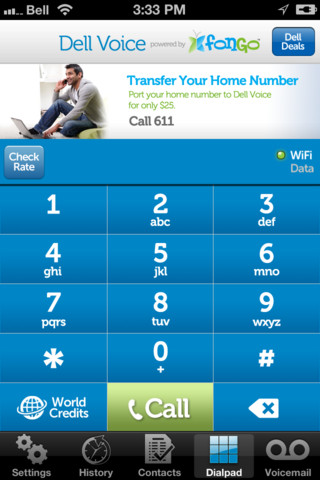 Upon signing up for a Dell Voice account, one is required to submit personal information as part of the CRTC mandate for 9-1-1 emergency information when it comes to VoIP apps, since the app allows you to call 9-1-1. 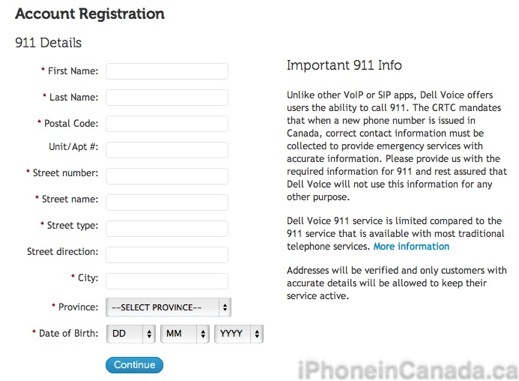 The availability of free numbers has not reached every city in Canada yet, and should most likely grow should momentum remain for the app. However, you do get four tries to ‘choose’ a favourite number. You can fully manage your account online at dellvoice.ca

Anyone still using Dell Voice? I haven’t been able to connect to the service lately.