Last night, hundreds of thousands of gamers huddled in front of laptop, tablet, and television screens to witness Bethesda Softworks debut the first phenomenal gameplay footage from the highly anticipated Fallout 4. The game received a far-sooner-than-anticipated release date of November 10th, but thankfully we won’t have to wait quite that long to get our Fallout fix.

Between segments of Fallout 4 footage, Bethesda Studios Game Director and Executive Producer Todd Howard exclaimed that he and his entire team fell in love with the iPhone all the way back in 2007, and have spent countless hours playing a multitude of mobile games since that time.

Naturally, they had an idea for their own. Enter Fallout Shelter, a new free-to-play iOS game that puts you in charge of your very own Vault-Tec vault. You’ll place rooms, grow and level citizens, protect your vault from raiders, and much, much more. 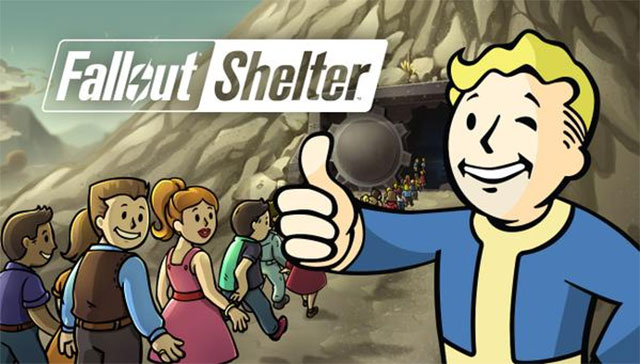 Howard noted that the game plays like a mixture of Little Computer People and Progression Quest, mixed with Fallout, naturally. He also stated that the team was most concerned with creating the type of mobile game they’d want to play, and not simply the one that would make them the most money, so the game features very few in-app purchases, doesn’t require an internet connection, and features no cooldown timers.

Fallout Shelter is available for iPhone and iPad now. Watch the trailer below, head here to download, and let us know what you think of the game.