Facebook for iOS has been updated to allow iPad users to edit their posts, a feature previously introduced for iPhone users last month.

What’s New in Version 6.7
• Now in additional languages: Use icons to share how you’re feeling and what you’re doing
• Now on iPad: Edit your posts and tap to see all your changes
• Bug fixes 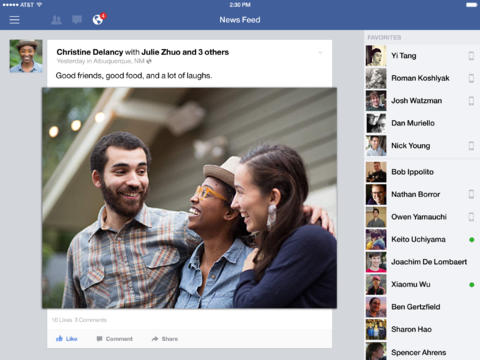 So when you’re in a ‘drunken stupor’ and post something stupid from your iPad, you can now delete or edit the post right away.