How to Edit/Delete Facebook iOS Posts or Comments on iPhone

Facebook for iOS received an update yesterday to allow users to edit posts and comments directly on the iPhone. So now changes to your comments can be made right away when you end up posting something awkward while drunk in a ditch on the weekend.

How to edit your comments or delete them? Just tap on your comment and you’ll see a menu pop up with options to delete or edit, as seen below: 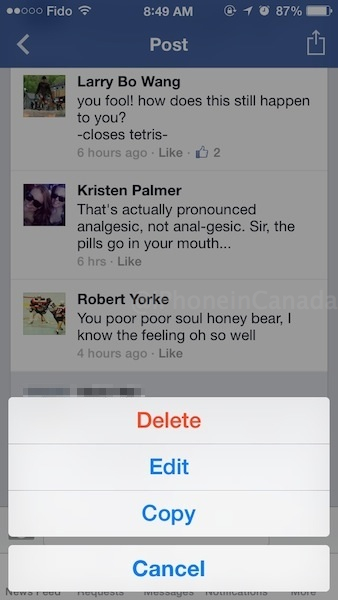 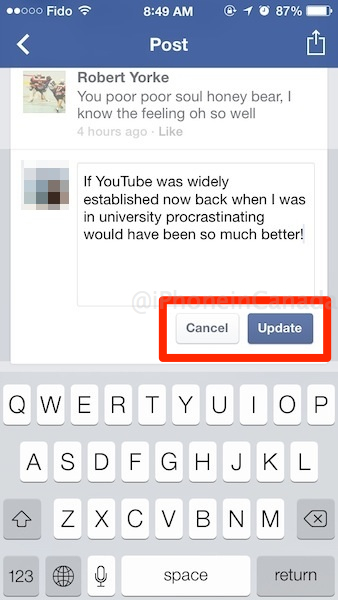 What’s New in Version 6.6
• Edit your posts and comments, and tap to see all your changes (iPhone only)
• Add a photo when you comment
• Express yourself with icons when you post to someone’s timeline (English only)
• Get to privacy shortcuts by tapping the lock by your name in the main menu
• Bug fixes