Along with the many WWDC announcements today, Apple released an update to the Find My iPhone app. The app is a universal iOS app and is now at version 1.2.

The update added the ability for users to remove offline devices from the list of iOS devices or be notified via email when an offline device becomes online and is located again. 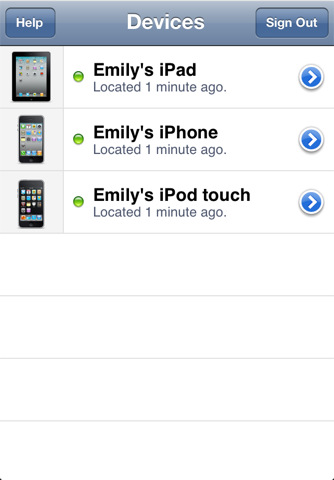 There was not much of a mention of Find My iPhone in regards to iCloud, so it remains to be seen what that integration will look like.

Find My iPhone is available for free in the App Store.