Flyer and coupon app Flipp has been updated today with a couple new features. You can now use Siri dictation to add multiple items at one shot for your shopping list, while the app also gains iOS 9 Slide Over support for iPad (sliding in from the right you’ll be able to see Flipp in the multitasking list of apps). 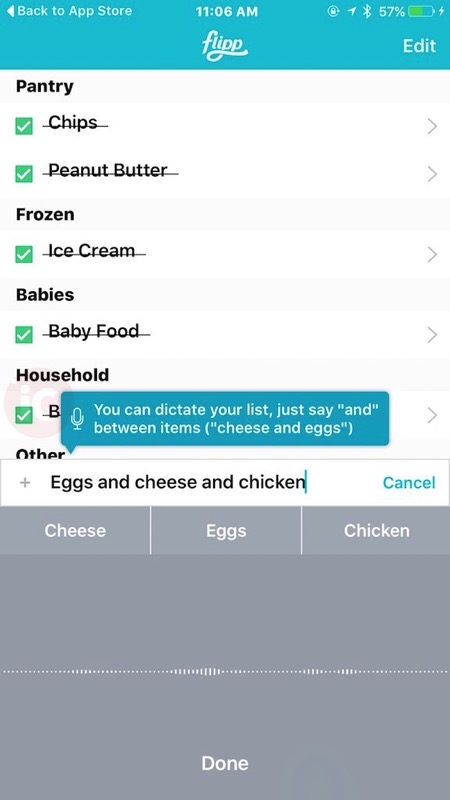 With the latest version of Flipp, you can simply speak to it to create your shopping list!
+ Shopping list dictation
+ Support for iOS 9 Slide Over
+ Bug fixes and performance improvements

We tested this out below by tapping the Siri dictation button and saying “Eggs and cheese and chicken”, and once we hit ‘Done’ and tapped ‘return’, three separate items showed up in our list: 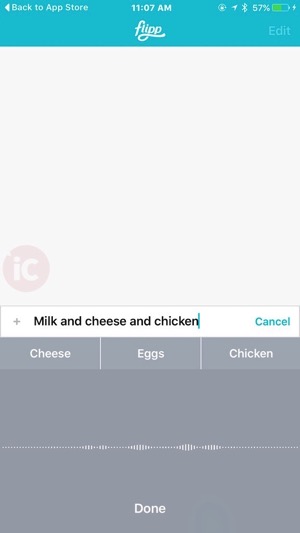 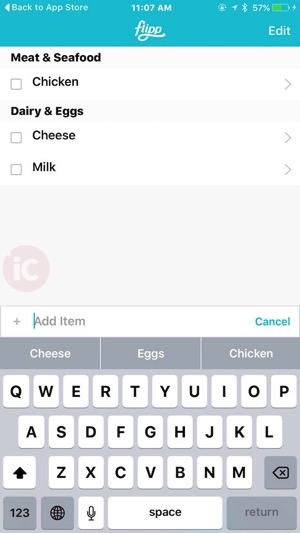 What makes Flipp great is your list items are automatically linked to sales within flyers, so savvy shoppers can find out instantly where the best prices are.

Back in September, Flipp 3.0 was released which introduced a new coupon-matching feature. At the time, the Canadian company told iPhone in Canada they expect 5-6 million users in Canada by the end of 2015.