Popular flyer app Flipp has launched version 3.0 today for iOS users, which debuts a new coupon-matching feature for its users. This new feature will allow coupon search by category, brand or type, to allow for instant savings that will match up with their flyer items or build their in-app grocery list.

Jeff Francis, Managing Director, Flipp Consumer, said in a statement “Our users tell us that Flipp is their go-to tool to save the most on what they buy every week and we’re very excited that our new coupon matchup feature will help them save even more,” while also adding “Flipp is changing the way people shop and we will continue to evolve the shopping experience in a way consumers will love.” 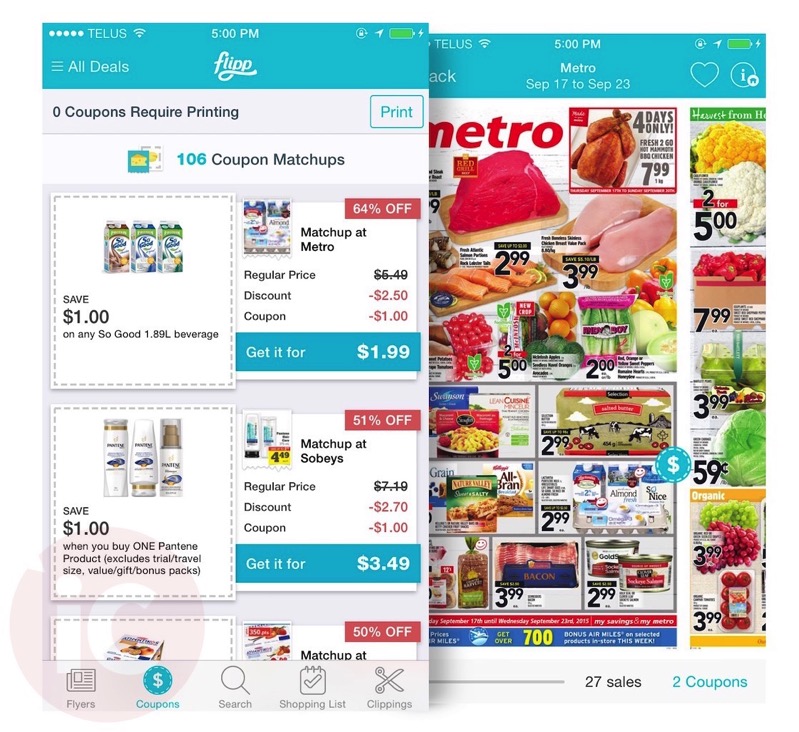 Check out the video below for a demo of the new feature:

Update: The company told us via email they predict Flipp will have five to six million users in Canada, by the end of the year. The app is available for iOS and Android users.

Based in Toronto, Flipp launched version 2.0 earlier this year, which debuted a new built-in shopping list feature. Flipp is a pretty cool app that’s a must-have in Canada. Check it out.