Temple Run Oz is $0.99 in the App Store but you can get it for free via the Apple Store iOS app. The latter says the game is free for a limited time and all you have to do is tap “Download now for free” and you’ll be redirected to the App Store where a promo code will show up for you to redeem.

Again, this game is ONLY free inside the Apple Store iOS app (not the App Store, but the Apple Retail iOS App).

Temple Run Oz launched back in late February of this year, based on a partnership with Disney to promote the movie Oz the Great and Powerful. 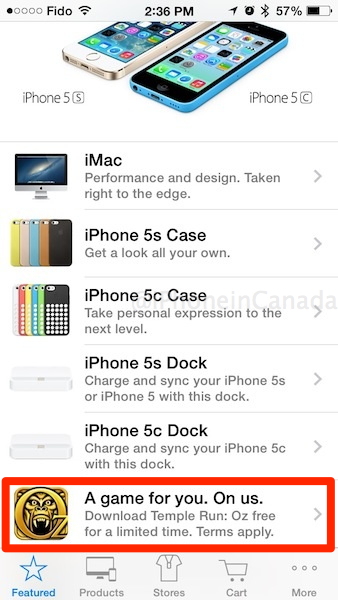 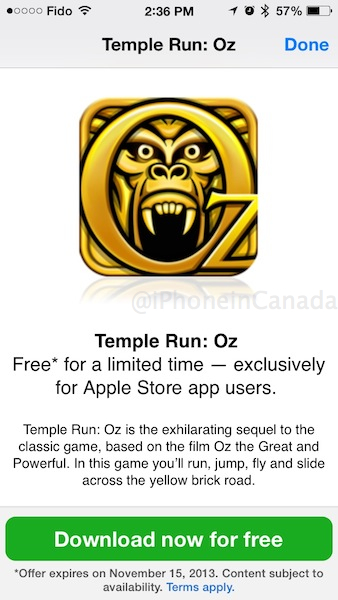 The previous freebie inside the Apple Store iOS app was Landcam, which was made free in late August. Temple Run Oz will be available for free until November 15. Let us know if you’re going to jump on this!