If you’re an avid user of Global Go for iOS, the app has been updated with Chromecast support. This means you can now cast episodes and Global live streams to your Chromecast units, or televisions with built-in Chromecast.

A Google Chomecast is a $45 HDMI dongle that attaches to your TV, allowing users to wireless stream shows and more from their devices to the unit, at a fraction of the cost of an Apple TV. This makes it easy to stream shows to spare bedrooms with televisions that may not have smart features such as built-in Wi-Fi. 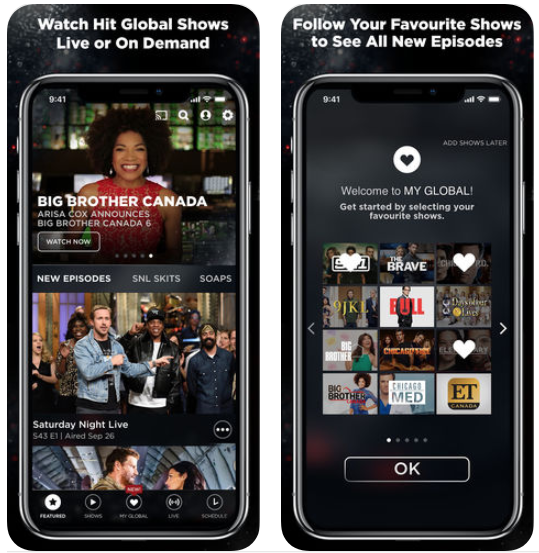 If you are subscribed to a cable TV package which includes Global TV, all you have to do is sign in with your TV service provider to gain access to live streams. Global releases full episodes for free for seven days after they initially air on TV (updated).

Back in December, Global Go launched support for Apple TV 4 and up, plus also added iPhone X screen support.

Update: According to a Corus representative via email, the roll out of Chromecast is only available to 1% of users right now, as they are preliminary testing the app to ensure it works as expected. So if you’re not seeing this, don’t be alarmed, as next week all users will see the update.