Google Maps for iOS has been updated to allow sharing of locations via Google+ along with some bug fixes.

As you can see below, the Share menu now shows Google+. Sharing options allow you to select various circles and add to your status: 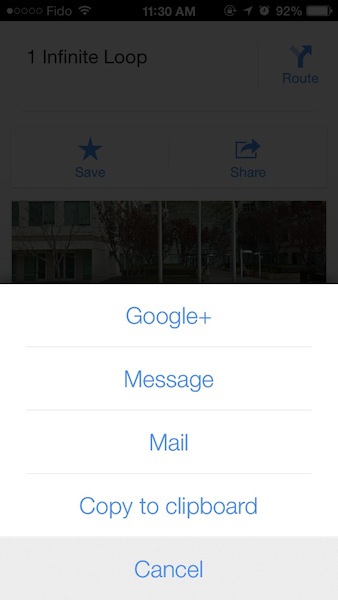 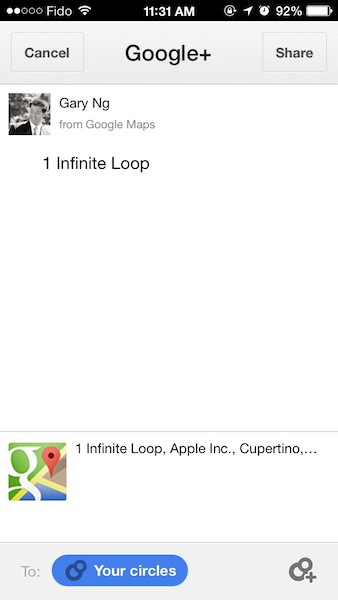 Google continues to integrate all of their services and apps seamlessly within iOS. Just yesterday, Gmail for iOS was updated with better attachment support and better integration with Google Drive and Google+ as well.