Google Photos for iOS has been updated to add a new enhanced grid view, to make viewing photos better, while one of the biggest improvements is a better date scrubber, which now shows years, making it quicker and easier to jump to different years, as seen in our screenshot below: 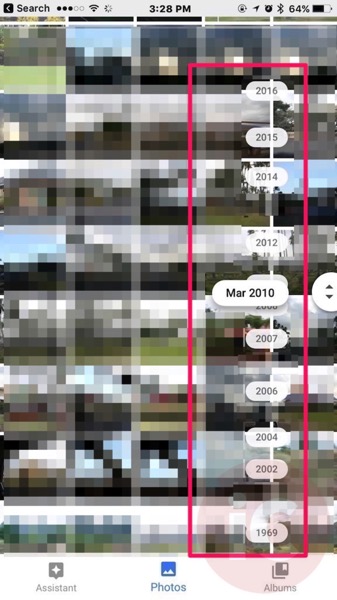 Also, with the recent introduction of PhotoScan for iOS, users can now search for the term ‘PhotoScan’, to find scans of images they’ve taken with the latter. Google also says the app gained performance improvements.