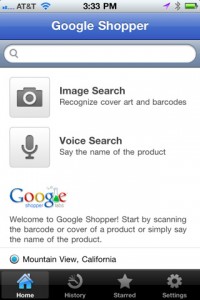 Google Shopper is an app that has long been available for Android devices. It turns your iPhone into one handy shopping assistant getting you the latest prices and reviews. Google just announced the release of Google Shopper, but it’s only available to users in the US and UK. Once again, Canadians get shut out again (but if you have a US iTunes account, you know what to do).

Google Shopper will only work on the iPhone 3GS/4, and on iOS 4.0 in English.

Google Shopper helps you find information on millions of products. Google Shopper recognizes products by cover art, barcode, voice and text search. You can find local and online prices, reviews, specifications, videos, and more to help you make the best purchasing decision. With one click you can save items to your shopping list and share with your friends. 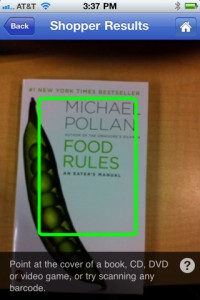 Let’s hope this is released in Canada soon. We need something like this! In the meantime, you can still have fun with Google Goggles via the Google Mobile app.