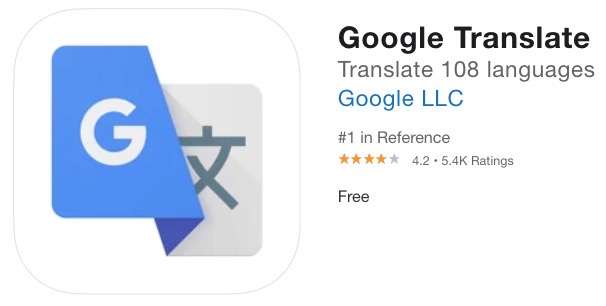 Google has updated its Translate iOS app to debut a new Transcribe feature.

According to Google, “you can now continuously translate someone speaking a different language in near real time with the Translate app.” The company gives examples of the feature being used for a classroom lecture or a speech (not that we’ll have those anytime soon due to COVID-19).

The new transcribe feature lets you translate a single audio source and Google says it works best in a quiet environment. To use the Transcribe feature, just tap ‘Transcribe’ on the main screen of the app under the Home tab. The feature will start right away.

We tested out the feature with some YouTube videos speaking French, and it worked sporadically. The app said it had trouble listening to audio at times, and when sources are speaking too quickly, the translation came to a standstill. Nonetheless, still a neat feature for the Google Translate app.