Hitman GO was one of the best games that I played on my iPad in 2014.

The title was the first game developed by rookie studio Square-Enix Montreal, and it’s a game that turned the tough-as-nails Hitman series (which would never, ever work on a touch screen) into something almost unimaginable for the franchise: an elegantly styled turn-based puzzle game.

Yep, Hitman GO is a puzzle game. I (as a fan of the series) was skeptical too when I tried it for the first time. Then I played through the easy-to-understand tutorial missions, and I instantly fell in love with the game’s unique mechanics and its incredible artwork.

As Square-Enix describes, Hitman GO is an “award-winning turn-based strategy game with beautifully rendered diorama-style set pieces. You will strategically navigate fixed spaces on a grid to avoid enemies and take out your target or infiltrate well-guarded locations. You really have to think about each move and all the Hitman tools of the trade you would expect are included; disguises, distractions, sniper rifles and even 47’s iconic Silverballers.” 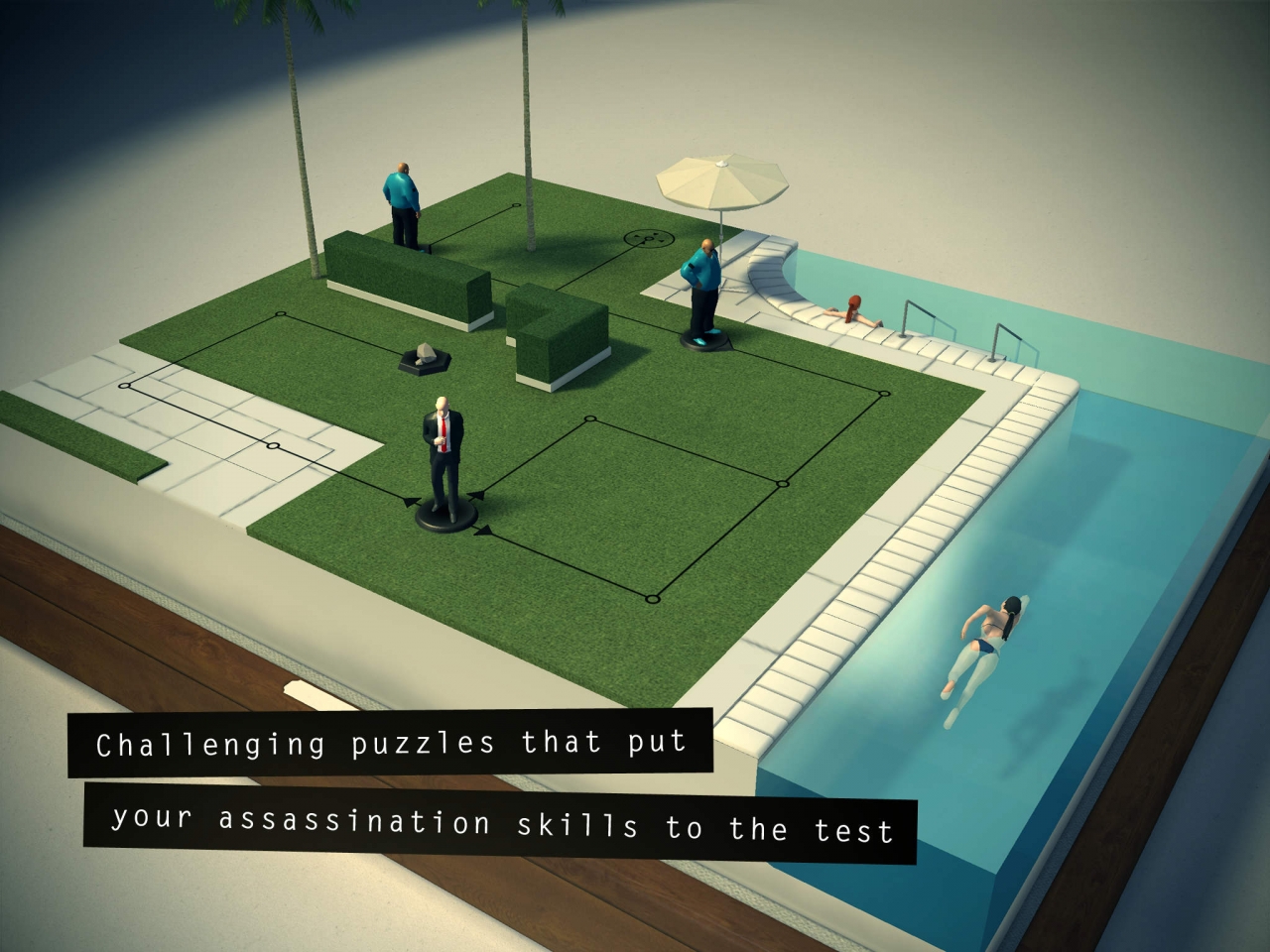 It really does feature all of the classic Hitman staples, and numerous free content updates have kept me coming back to GO over and over again.

To celebrate the game’s first anniversary, Hitman GO is available for just $1.49 CAD for a limited time (previously $5.79). For all of the content and polish in this title, it’s more than worth the regular price, and $1.49 is an absolute steal.

Square-Enix also offered an update on Montreal’s Hitman GO follow-up title, Hitman Sniper, which I had an opportunity to play at last year’s San Diego Comic-Con. The game soft-launched on the Canadian App Store late last year before being pulled for additional development. Square-Enix notes that we should keep our ears open, as news on Hitman Sniper is coming “incredibly soon.”

You can download Hitman GO for iPhone and iPad (Universal) right here, and be sure to let us know what you think of the game!