Indigenous Friends, a post-secondary social networking app developed by Toronto based Alejandro Mayoral-Banos that helps students connect with each other, find resources and create community, has received an Ontario Trillium grant to expand its network capacity.

According to CBC News, the Indigenous Friends Association will receive $210,000 to expand over the next three years to universities and colleges across Ontario.

Developer Mayoral-Banos, who left his home in Mexico in 2014 to pursue his master’s degree at York University in Toronto, says he struggled to find himself in this huge university with a lot of people and trying to create community. But that changed when Ruth Koleszar-Green, an assistant professor at York University, introduced him to the Indigenous community. 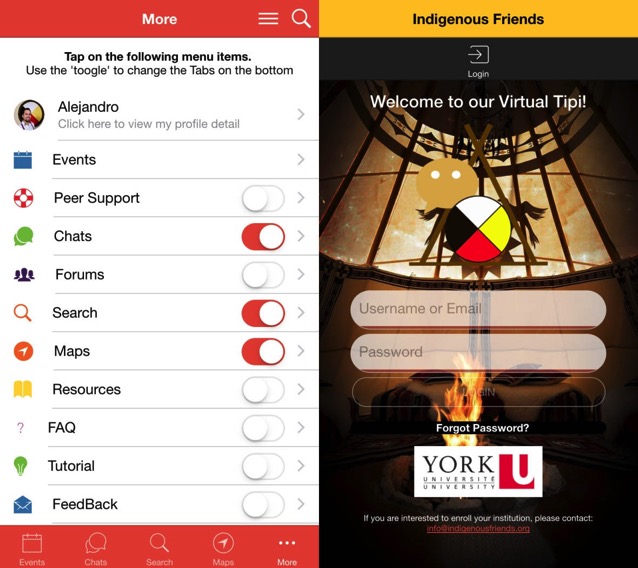 Over three years, a team of Indigenous and non-Indigenous students and staff worked together to develop the Indigenous Friends application.

While the app is free to download, it requires a membership tag that can be acquired through the university’s Indigenous student centre to make sure the app’s community is a safe space for Indigenous people.

The solution was to become a not-for-profit organization to which all of the intellectual property could belong. Once the Indigenous Friends organization was established, the hunt began for funding to expand the application. The first step of the expansion process will be in more post-secondary institutions, but in the long term the team hopes it will be able to reach into communities in northern Ontario.

You can get more info about the app at this link.