Just over two weeks ago Instagram introduced 15 second videos for sharing which included a new video stabilization feature called Cinema. Today, the iOS app was updated to add landscape support for on-screen camera controls (they now auto rotate) for images and videos and the Cinema stabilization feature now supports front-facing cameras. Prepare yourself for selfies that are no longer ‘wobbly’, folks.

As you can see in the below screenshot, when you are in landscape orientation, on-screen camera controls now face the right way up: 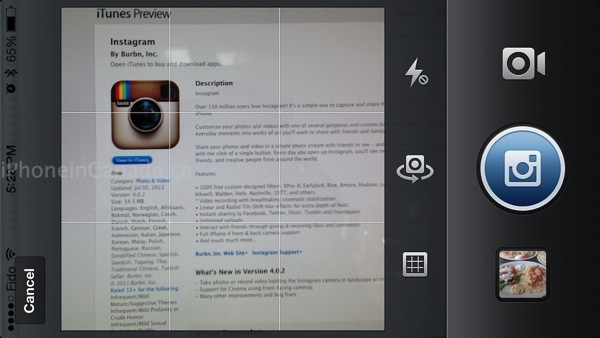