Kutoto is a start up based in Montreal with the idea of helping you get things done via the help of real people. The premise of the app is to allow you to connect with approved and trusted Kutoto users to do tasks such as pick up your groceries, dry cleaning, or even teach you how to cook. For approved Kutoto users,  they make money on the side by helping out others complete their tasks. The app allows you to chat with local providers and has built in payment options.

Currently, Kutoto is only available in Montreal and Toronto but is set to expand to other cities across Canada soon. Co-founder Anton Yushin tells TechVibes Kutoto is “Siri, but for real life,” and examples of things the app can help with include “errands, house hold chores, personal training and anything in between, be it walk my dog or fix my plumbing problem, any problem you have can be outsourced to your community through our mobile product.” 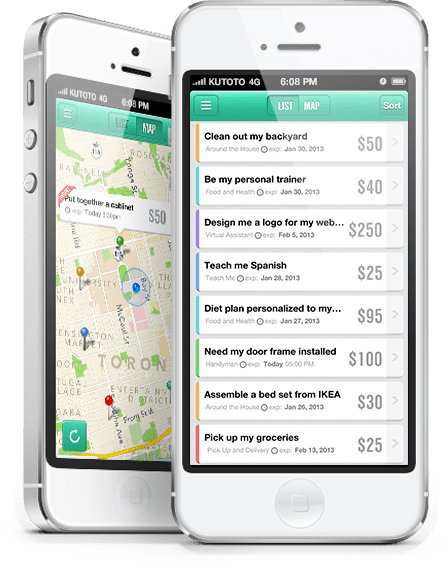 Sounds like an interesting concept to help you get your tasks done and to also allow others to make money while assisting you. Let us know if you’ve tried Kutoto.