LinkedIn Confirms It Has Acquired Pulse Reader for $90 Million 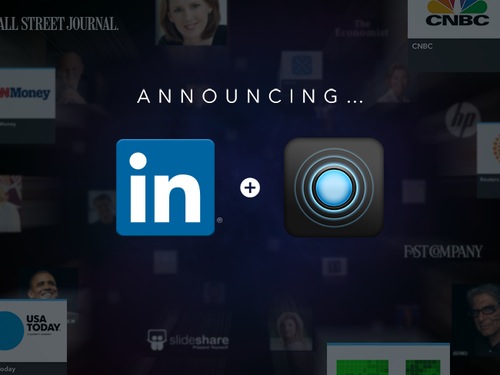 LinkedIn has confirmed it has acquired the news reader Pulse for $90 million dollars. Senior VP, of Products & User Experience at LinkedIn, Deep Nishar explains in a blog post how he first met Ankit Gupta, one of Pulse’s founders years ago at a technology innovation competition in India–which the latter won. Nishar knew Gupta had some skills and wasn’t surprised at all when he ended up learning about Pulse years later:

Imagine my surprise a few years later when reading about two Stanford graduates who were shaking up the app world with a fresh, new way to consume news on mobile — and to find Ankit and his co-founder Akshay Kothari at the center of it. So, it’s both personally and professionally exciting to welcome both Ankit and Akshay, as well as the talented Pulse team to LinkedIn today. They bring a unique combination of product, technology, and design expertise to our existing team.

The Pulse team will join LinkedIn at their Mountain View, California headquarters. Pulse apps will continue to be supported, as the team noted in a blog post and also announced they have launched a new LinkedIn Influencer feed on Pulse to celebrate the achievement.

Pulse was formerly endorsed by Steve Jobs at WWDC as “a wonderful RSS reader,” which helped boost the app’s popularity. The app is available for iOS and the web. Anyone using Pulse are their choice of RSS reader right now?