Dropbox-owned Mailbox has released an update to bring optimized screen support for the iPhone 6 and iPhone 6 Plus, along with adding the ability to customize your swipes, to go with push and email rendering fixes.

To customize your swipes, within Mailbox go to Settings, then Swipes. From here, just tap on one of the swipes below to choose which actions you want to take: 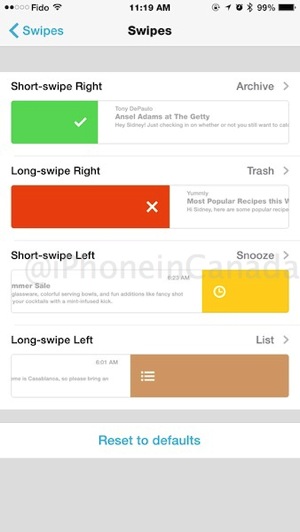 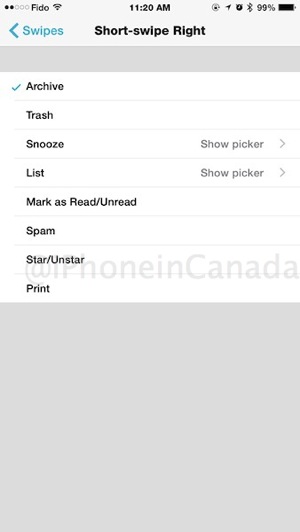 Adding a swipe for Spam is handy for the long-swipe left, as we rarely use Mailbox for make lists.

Mailbox currently only works for those with Gmail and iCloud accounts. Remember, if you have an iCloud account and are using Apple’s 2-step security, you will need to generate an app-specific password for it to work.