Nintendo has announced its highly-anticipated launch of Mario Kart Tour for iOS and Android is coming on September 25, 2019. 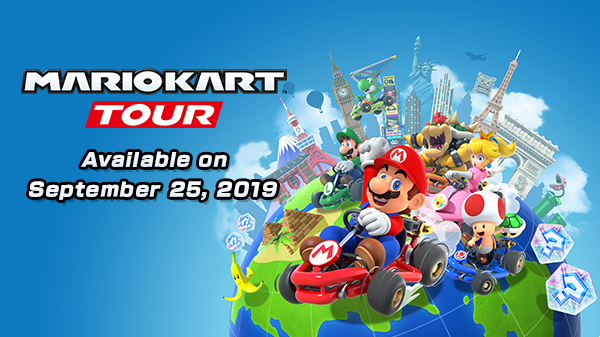 Later, the account announced, “#MarioKartTour will be available on 9/25. We hope you’re looking forward to getting behind the wheel of this new game!”

Pre-registration for the game is now available and iOS users can pre-order Mario Kart Tour in the Canadian App Store via this link.

Mario Kart Tour will feature race courses inspired by “real-world cities” (rotated every 2 weeks), along with classic tracks from previous versions of the game.

The iOS controls state, “With just one finger, you can steer and drift with ease, sling devastating items as you go for the gold in cups filled with new and classic Mario Kart courses.”

Racers will be able to play a new Frenzy mode where you get an unlimited supply of certain items, plus you’re also invincible, for a short time in the game.

Nintendo says the game is “ free to start, with in-app purchases available,” while internet is required to play and the game “may include advertising.”

According to Nintendo, the iOS version is available for iPhone and iPad and comes in as a 193.5 MB download.

Mario Kart Tour was supposed to be released in March of this year, then pushed back to the summer and now September. The beta has been available in Japan on Android devices, with screenshots leaking earlier this spring, teasing the game, which is played vertically.