For Canadians travelling to the USA without a NEXUS pass, U.S. Customs and Border Protection have launched a new iOS app called Mobile Passport Control, which aims to expedite entry processes into America.

Mobile Passport Control is a free iOS app that is currently being piloted at Hartsfield-Jackson Atlanta International Airport. Testing began on August 13, with more airports slated come later this year (and an Android app in the future).

“We are strongly committed to the facilitation of travel and tourism to the United States, all while maintaining the highest security standards in the world,” said Deputy Secretary Alejandro Mayorkas. “Mobile Passport Control is an important step and one that we think the traveling public will embrace.” 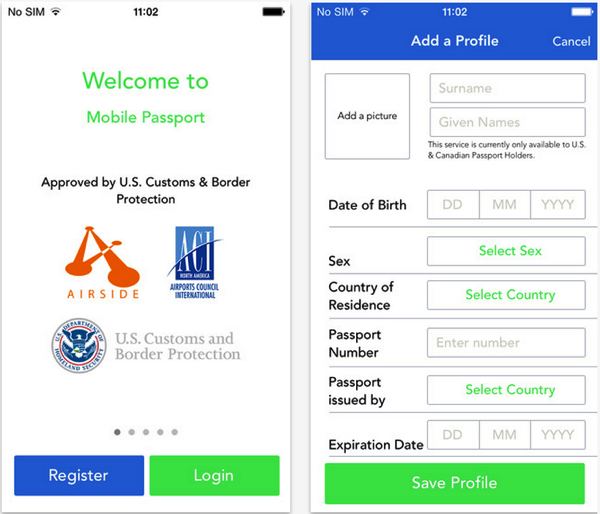 According to the CBP, here are the five easy steps required to use the app:

2. Answer US CBP’s questions about your trip.

3. Submit your information WHEN YOU LAND and get a receipt from US CBP.

4. Skip the regular line and follow the signs for Mobile Passport Control.

5. Scan your receipt and show your passport to the US CBP officer. 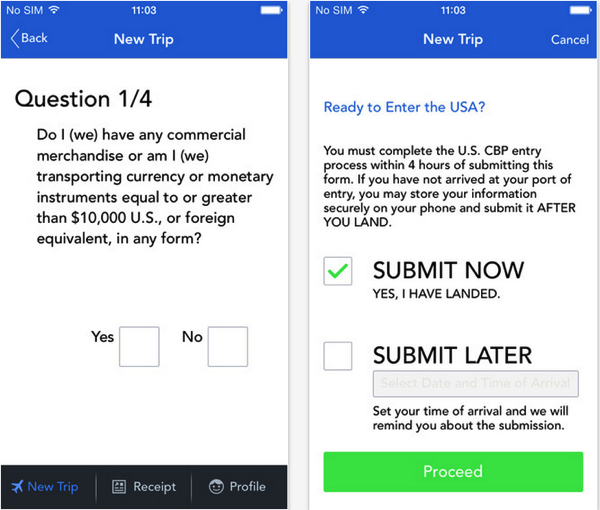 The app replaces the traditional blue-and-white paper declaration form travellers normally need to fill out when entering the U.S. by air.

U.S. and Canadian citizens are eligible to use the app, which also supports single submissions for families traveling together. Receipts are valid for four hours and also—the app does not replace your passport (duh!).

Click here to download Mobile Passport in the App Store. Let us know if you’re going to try this!