If you’re a fan of Montana’s, the restaurant chain has launched an app for iOS users which includes support for mobile orders. The company says all it takes is “4 taps and we’ll have your BBQ, hot off the grill, waiting to pick up!”

The app allows customers to browse from the menu and place mobile orders for pick-up from over 100 locations across Canada. Users can pre-pay for orders with MasterCard, Visa, AMEX, Ultimate Dining Gift Cards and Apple Pay. 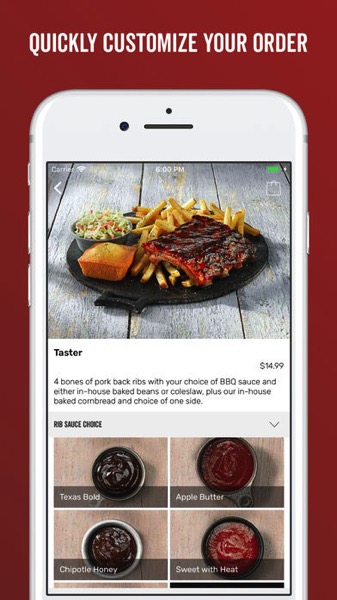 Users can also schedule ahead a “future order” for pick up, so it’ll be ready when you want it. Other features allow for easy reorders, with options for Favourites, Quick Order, Repeat Last Order and Order History.

Earlier this month, Montana’s for iOS was also updated to support iPhone X.