Monument Valley for iOS is one of the most popular games and also a multiple award winner from Apple, as it was the Game of the Year in 2014 and also a recipient of an Apple Design Award.

The title also won the ‘Grand Prix’ prize for best mobile game at last year’s International Mobile Gaming Awards held in San Francisco as well, while also getting a tonne of screen time in the third season of House of Cards on Netflix.

If you’ve been waiting to nab Monument Valley while it’s on sale, you can now do so as it has been price dropped to $1.19 CAD/$0.99 USD, about 75% off its regular price of $4.59 CAD/$3.99 USD. This is the lowest price we’ve seen for Monument Valley, according to AppShopper data. 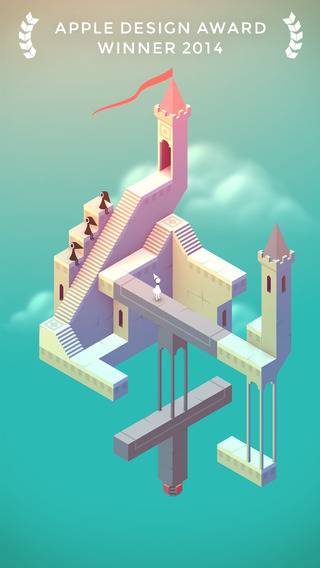 Earlier this year, the game’s developers released some detailed revenue and download numbers for Monument Valley, noting over 2.4 million downloads on iOS and Android combined, plus $5.8 million in revenue.