NAVIGON is one of my favourite iPhone GPS apps. The last time we talked about this app, there was aÂ huge 50% off sale for the North America version for $29.99. This time around, NAVIGON has been updated to 1.8, plus it’s on sale again–but this time, for $34.99 (Navigon Canada only).

What’s New In Version 1.8.0
âœ“ All new NAVTEQ map data – A free map update for all users!
âœ“ Reality Scanner – Augmented Reality based search for interesting places around your position.
âœ“ TrafficCheck – Traffic information for your route at a glance (only available in countries with Traffic Live). 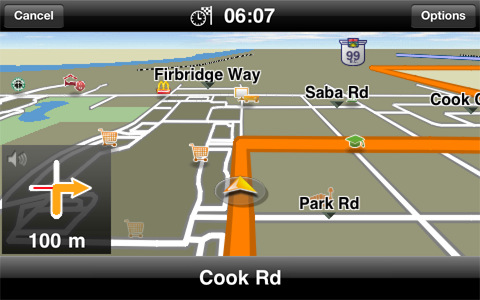 These updates are essential to any GPS app, as new map data brings fixes and new maps. The augmented reality feature is a nice touch as well. This new sale is not as cheap as $29.99, but for $34.99 you still get a fantastic GPS app in NAVIGON.

If you are looking for an alternative, also check out our review of GoGo Navigator.

Thanks for the email, Michelle!