Update: Some users have noted this app has messed up their cellular data settings, causing apps such as MyAccount from Rogers/Fido to not work properly. Use at your own risk while we follow up with Onavo.

Onavo Mobile has introduced a brand new iOS app called Onavo Count, that allows users to keep track of their mobile data plan by showing how much data is being consumed by their installed applications and mobile activities in a simple, colourful app. Best of all, it is available as a free download in the App Store.

The Onavo Count data usage manager app basically displays weekly data usage charts to help users track each app’s data usage. Users can view up to a 30 day overview of their apps’ data usage. The app uses gauges to measure each app’s overall mobile data usage and displays them in the form of a colourful interface. The app claims to prevent excessive battery drainage by using cloud-based technologies. 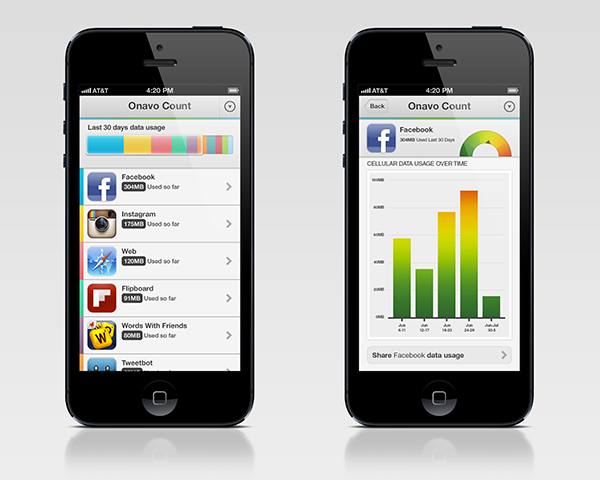 Onavo Count can also be combined with the power of Onavo Extend, our blockbuster, free app that extends your data plan by up to 5 times, to give you the ultimate, worry free mobile data experience!