Paytm for iOS Launches in Canada to Make Bill Payments

Paytm, India’s largest mobile payments and commerce platform, has today announced the launch of its new iOS app for Canadians, which allows them to pay for their cellphone, cable, internet, electricity and water bills. They can even use it to pay insurance and property taxes.

The new Paytm Canada app can send bill reminders up to 10 days prior to the estimated due date, whereas the service debits your money only after your bill is paid.

This is just the beginning. We’ll soon expand our services by add a full lineup of new use-cases that will make life easier for consumers. The Mayor of Toronto Mr. John Tory dropped by our headquarters in Noida to grace us with his presence today. Below is a picture from the launch event. 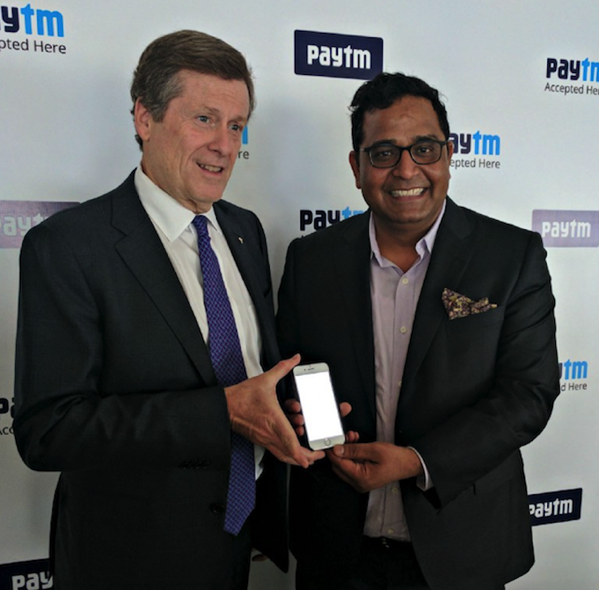 Here are some of the main features of the Paytm Canada app:

By paying your bills with a credit card, you can take advantage of loyalty points or cash back benefits of your card, instead of doing a direct payment from online banking.

The Paytm Canada app is now live in the App Store. You can grab it for free using the following link:

Download Paytm Canada for iPhone, iPod touch and iPad [Direct Link] use our referral code PTM6121249 and you’ll get $10 when you complete your first $50 bill payment.