EA has announced Plants vs Zombies 2 has become a smash hit, soon to reach 25 million downloads worldwide. The game has already exceeded the lifetime download numbers of the original game from 2010 and so far the company says the game averages a rating of 4.5 out of 5 stars. The game quickly become the top free download in less than 24 hours after its worldwide launch.

Below is an infographic sharing some stats about Plants vs Zombies 2, where users have already generated 39 billion suns and played 81 million hours: 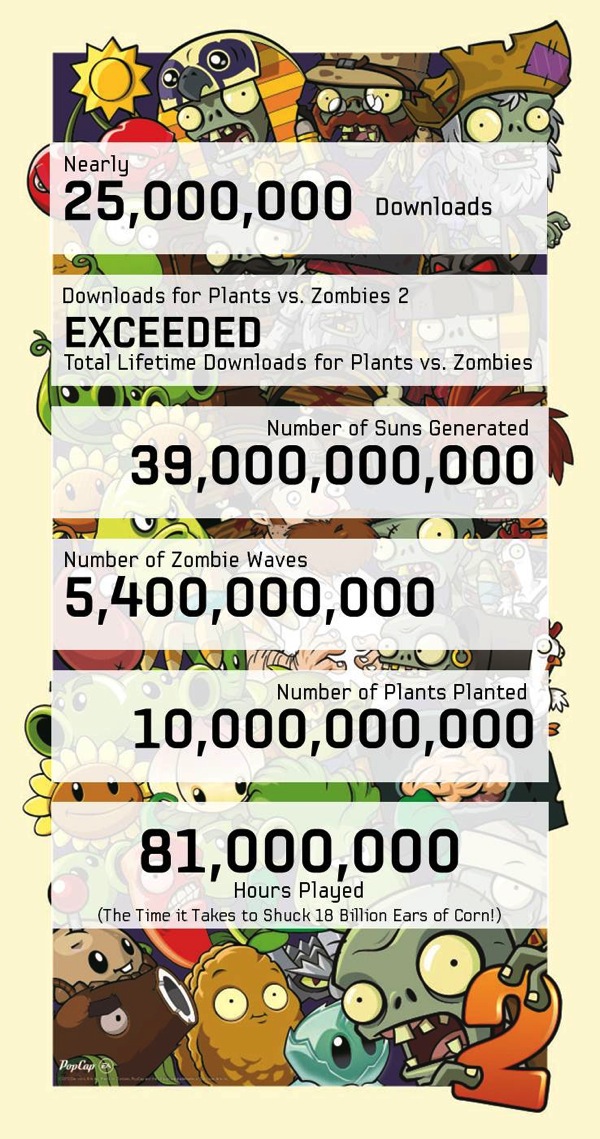 Below is our full video review of the game by @meadorsmusings: