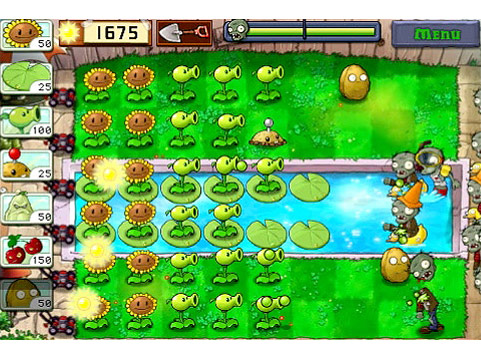 PopCap Games has announced Plants vs Zombies 2 to be released in the Spring of 2013. The sequel should be widely anticipated considering the original game proved to be one of the most popular downloads in the App Store after it debuted in February of 2010. The new game will have new features, settings and situations. The following comments are all the company revealed (I’m pretty sure these are zombies speaking):

“Spring is crullest curlie ungood time, and plantz grow dull roots,” noted an unidentified spokesperson. “So, we are meating you for brainz at yore house. No worry to skedule schedlue plan… we’re freee anytime. We’ll find you.”

“There was a time we relished a bracing, hearty blend of zombies, in the morning,” said Sonny F. Lower, a representative of the Flora Forever Foundation. “But first, a brisk shower and some strategic pruning are required. Tomorrow is near!”

We’ve seen Plants vs Zombies in real life. Who knows what the sequel will bring? Below is the original iPhone game trailer from a couple years back, for those unfamiliar with the game:

Who’s excited for Plants vs Zombies 2?