PRESTO iPhone App Launches in Beta, But Tap Fares Not Possible Yet

Metrolinx has announced the launch of beta testing for its highly anticipated PRESTO iPhone and Android apps, which will let transit riders in the Greater Toronto and Hamilton areas manage card balances on their mobile device. 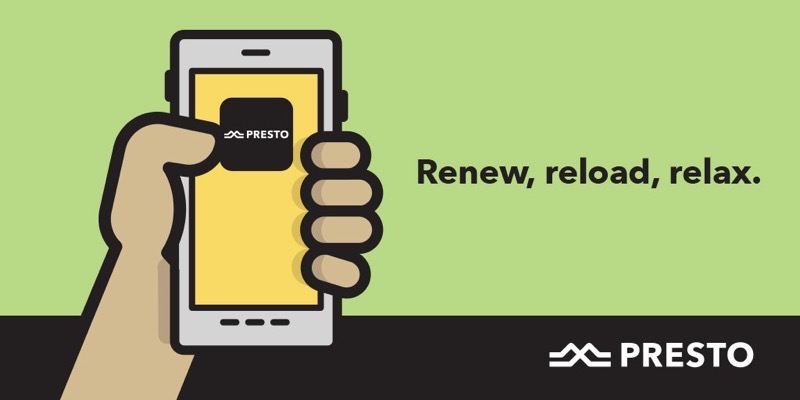 Here are the features of the iPhone app, which is looking for a limited number of beta testers:

For those asking about whether you’ll be able to tap with your iPhone to pay for fares, that won’t be possible.

The PRESTO website’s FAQ asks, “If I have the app, can I tap my phone to pay my fare?” The answer is “No, at this time you can’t tap your phone to pay for transit.”

In order to tap and pay for fares with your iPhone, that would require NFC access through a partnership with Apple. To date, Apple only has partnered with select transit agencies in China, Japan, Russia, the UK and the United States.

Thrilled that we’re launching the @PRESTOcard App! Be one of the first to download the beta version – give us your feedback and help us iron out the last kinks https://t.co/Lcle9g1mHB ; https://t.co/KRZc1fsitP pic.twitter.com/Ay5MB7wvPs

There is a delay when you reload your PRESTO card through the iPhone app. According to PRESTO, “once you’ve purchased funds or a pass through the app, you will need to wait between 4 and 24 hours for the funds to be ready to use. And remember, monthly passes only start working on the 1st of the month.”

Back in April, news of the PRESTO mobile roadmap for mobile apps was detailed, noting the Phase 2 goal was to get NFC integration for iPhone users, to tap and pay for mobile fares with your phone.

Metrolinx did confirm they were in talks with Apple at the time. Annalise Czerny, then acting Executive Vice President of PRESTO (and now the current EVP) said Apple “emailed yesterday asking to meet again,” suggesting possible integration could be in the works.