Rogers first announced last September it would partner with UK-based Radioplayer to launch a digital radio app in Canada, and it has arrived in the App Store: 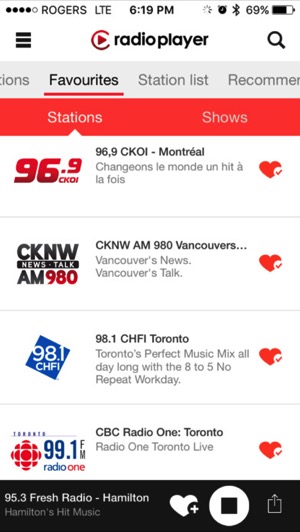 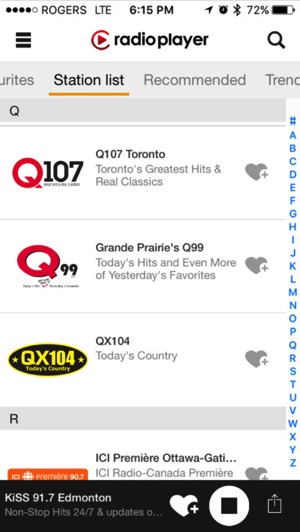 The app contains radio stations available from coast to coast, including major stations from Corus Entertainment, CBC/Radio-Canada, Rogers, Pattison and Newcap. The app will include radio stations in both English and French, from a variety of genres.

Troy Reeb, Senior Vice President, Corus Radio & Global News, said in a statement it was crucial for Canadian radio stations to become united, adding “There are a lot of new media players outside of our borders who offer very attractive options. We knew, in order to get the scale, we needed a really compelling listening option online.”

“With Radioplayer you just have access to all of these amazing radio stations and brands and all of this content,” said Julie Adam, senior VP at Rogers Radio.

Radioplayer in the UK operates as a non-profit and the same model will be followed in Canada.

The app will also build up an archive of broadcasts over the next days and months, allowing for an on-demand-like experience, when it comes to favourite talk shows and more.

Click here to download Radioplayer Canada for iOS in the App Store. There are versions for iPhone, iPad and Apple Watch.