RBC Mobile for iPhone has just been updated to bring a few new features. Now you can pay part of your credit card balance with your RBC Rewards points, check out authorized transactions and credit available on your credit card, plus Interac e-Transfers no longer have a  $10 minimum send limit. These new features are on top of bug fixes.

You can check out the screenshots below which detail a couple of the new features: 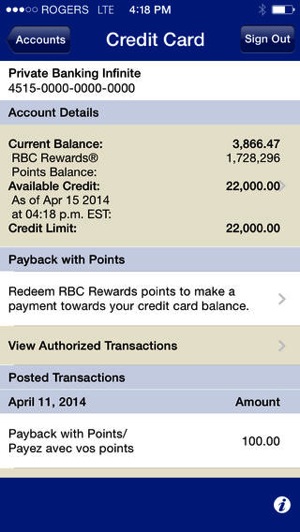 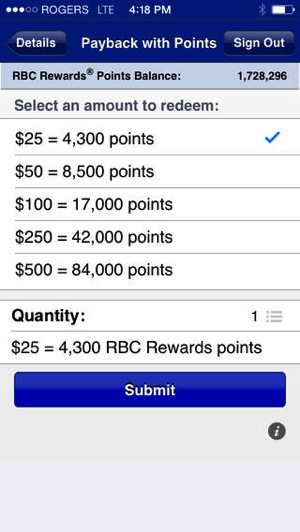 Back in February, RBC updated their mobile app to include the ability to find ATMs using augmented reality.