Readability, the famous text reflow service, is once again looking to release a universal iOS app after having declared it will never develop for iOS when Apple pulled its app from the App Store. For those who’ve never heard of Readability before, the service allows reformatting of any webpage that you’re viewing into a pleasantly readable experience with nicely rendered text and images. With a native iOS app, users will be able to reformat, read articles later and more across their iPhones and iPads. 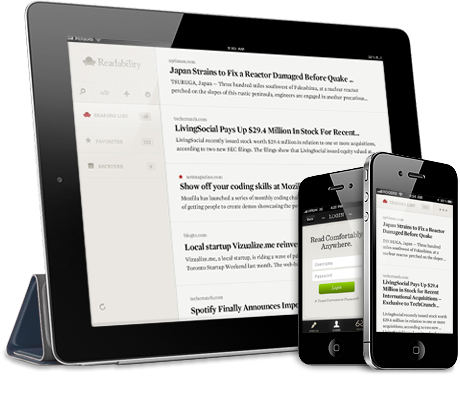 The app will be available as a free universal download for iPhone and iPad in the App Store on March 1st.

Readability turns any web page into a clean and comfortable reading view. With a free Readability account, you can save your articles for reading later on your tablet, mobile phone or Amazon Kindle.

Download the free Readability app for iOS and enjoy a beautiful reading experience on your iPhone or iPad. Articles are beautifully set with type by Hoefler & Frere-Jones and available anytime — online or offline

Check out a one-minute video demo of the upcoming Readability iOS app: