What’s New in Version 1.1.2
Real Racing goes to the Middle East! Race around the challenging Dubai Autodrome at twilight in a brand new range of Lexus and Dodge cars. 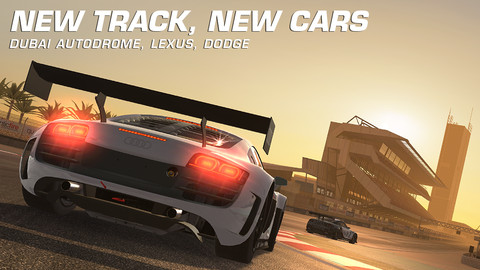