Real Racing 3 has released its latest update which adds seven generations of the iconic Porsche 911, to celebrate 50 years of the model. A new series has been added to allow racers to compete against cars from the 911 series, plus a new VIP Delivery feature which brings cars and upgrades faster, to go along with an iOS 7 compatibility update:

Celebrate 50 years of one of motorsport’s most legendary vehicles! Real Racing 3’s garage expands with the addition of seven generations of the Porsche 911.

-New Series – Compete against a grid of masterfully engineered Porsche sports cars in the illustrious 50 Years of 911 Series.

-VIP Delivery – New options for instant car deliveries and upgrades to help you get on the track faster.

-iOS 7 compatibility and bug fixes – Full support for the latest version of iOS alongside fixes for a number of reported issues. 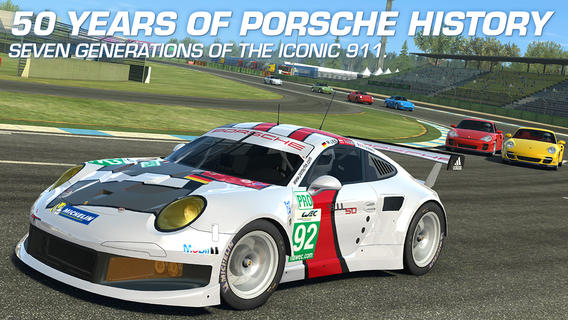