New York-based restaurant reservation app, Resy, has launched in Canada, part of its recent international expansion. The first launch city is Montreal, while Toronto and Vancouver are “soon to come.” 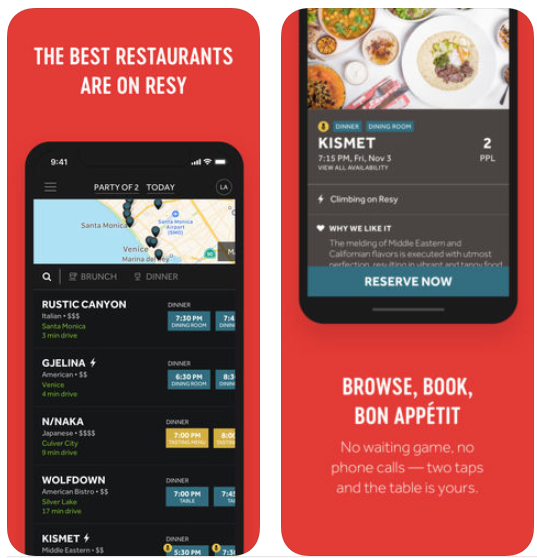 “From the beginning, we’ve been focused on elevating the restaurant hospitality industry by partnering with the very best restaurants in the cities we’re in,” shared Resy CEO and co-founder Ben Leventhal, in an email to iPhone in Canada. “With our launch in Canada, we are poised to meet the growing demands of Resy users in international markets. We look forward to making our mark on the dining experience in this famed food city.”

Resy says Montreal diners can now book on the web or via the company’s free iOS and Android apps, “from a carefully curated selection of the city’s most distinguished restaurants”, such as Joe Beef, Nora Gray, Maison Publique, Marconi and Candide.

Ryan Gray, owner of Nora Gray, said “Making the switch to Resy was a no-brainer” for its intuitive reservation system, which helped the restaurant cut down costs.

While reservation platforms such as OpenTable led the charge, it appears more restaurants are turning to newer competitors, which have lower fees compared to the incumbent, which launched in 1998.

Resy is backed by Airbnb, which invested $13 million into the app last year. The company also has an Apple Watch app for restauranteurs, which launched at New York City’s Union Square Cafe in 2016, owned by Shake Shack founder, Danny Meyer.

Resy currently is available in 10,000 restaurants worldwide in 160 cities and 15 countries, seating “over 1 million diners a week,” while the company claims it has an industry-low global no-show rate of 4.5%.