Using a single Web-based console, IT staff will be able to manage any mobile device based on Apple’s iOS, Google’s Android, RIM’s BlackBerry OS as well as the company’s highly anticipated still forthcoming BlackBerry 10 platform. Additional new features include the ability to support more than one device per user (i.e. an employee’s BlackBerry smartphone and iPad tablet) and manage individual applications or pieces of software.

This solution from Research In Motion® lets you use your mobile device at work to help keep you connected with the information you need to keep business moving ahead. Once activated, administrators can deliver configurations, policies, Wi-Fi® and VPN settings to your device to help keep work information like email, calendar and contact information synchronized and secure. They can also provide you with access to your organization’s optional mobile apps that you can download and install on your device. 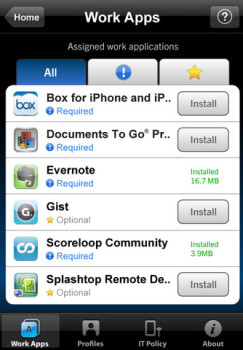 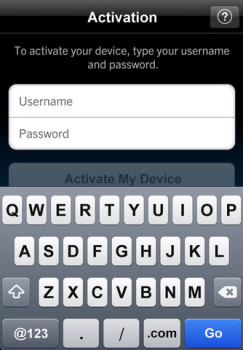 Mobile Fusion pricing starts at $99 US per user or $4 US/user per month, but a 60 day free trial is available. RIM also announced some milestones in their world of apps, but of course it does not compare to the App Store:

Just recently RIM had a job posting looking for an experienced senior iOS developer, to continue support for Mobile Fusion. RIM’s latest disappointing quarterly earnings also revealed a shake up in their executive team, with numerous departures including co-founder Jim Basillie ‘retiring’ from the board of directors.