If you’ve been searching for the standalone NHL GameCentre iOS app, it’s no longer available but rather now built into the NHL iOS app, which received an update a couple days ago.

For Rogers GameCentre LIVE users, the NHL app also is the portal to access the live streaming service, which will feature Game Plus access exclusively for Rogers customers.

The NHL iOS app now prominently displays the Rogers logo upon launching (the benefits of paying $5.2 billion for rights to the league). To sign into GameCentre, you need to visit the Settings menu and tap on Rogers Sign-in. 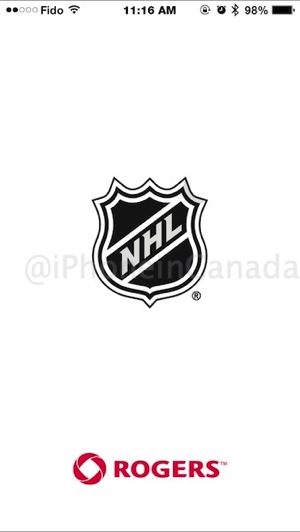 Some users unaware of the new Rogers NHL deal have left negative reviews in the App Store for the app, particularly those who were on auto-renew GameCentre plans, as they have been charged the new higher price of $200 for the season.

Also, the App Store is featuring a section dedicated to downloading apps for all the teams in the league. Click here to visit that featured page.

Update: VPN users can get GameCentre for $99US by using a service such as Unblock US (thanks Speedracer99).