With the 2014-2015 NHL season set to start on Wednesday, Rogers is readying a last minute push to hype up its coverage, part of their 12-year $5.2 billion deal with the league.

To ramp up GameCenter, Rogers has just announced GamePlus, a new exclusive feature for the company’s mobile and tablet customers. Essentially GamePlus will bring 6 new camera angles for customers to choose from during games, bringing video replays “in less than three minutes after the action happened.”

Keith Pelley, President of Rogers Media said in a statement “It puts customers in control and gives them access to angles they’ve never had before on any screen.  Fans who disagree with a ref’s call can now see the game exactly as the ref sees it. They can also watch multiple replay angles of the main plays in the game.” 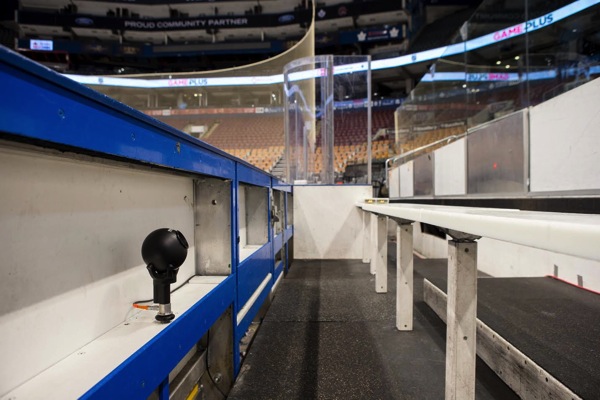 Pre-season testing had Rogers put replays on mobiles and tablets “in less than three minutes after the action happened.”

Only select NHL games each week will feature GamePlus access, to go with select playoff games, the All-Star game and the Winter Classic.

NHL GameCenter increased in price this year to $199, with French-only packages available regionally for $59.99. Eligible Rogers customers with internet and wireless data accounts can register for a free trial until December 31, 2014.

POV Cam inside the players’ benches should give a pretty good look at all that horking and snot-blowing.

Anyone going to sign up for NHL GameCenter this season?