If you’re a fan of Rogers’ Sportsnet for iOS, the app has been updated tonight to bring support for Apple Watch. The addition of Apple Watch support adds access to scores from your favourite teams, top news plus league specific headlines from the NHL, MLB, NBA and NFL. The option to add the app to Glances is also available. 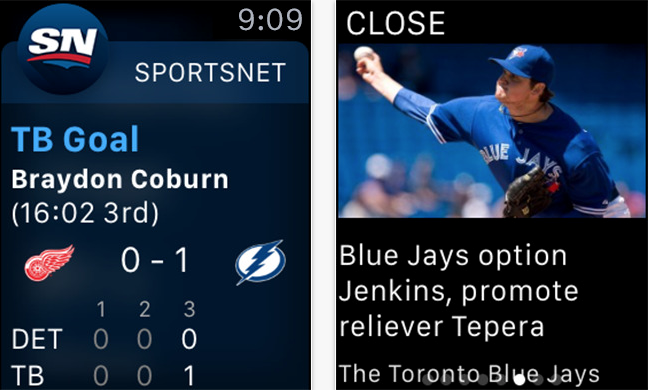 I actually enjoy the Sportsnet iOS app as most stories are accompanied with full highlights (and there are no pre-roll ads—yet). The app is simple and works well on Apple Watch to see scores of your favourite teams.