Scotiabank for iOS Gets iMessage Extension for Interac e-Transfers

Scotiabank has updated their iOS app to support sending money via iMessage to friends and family. The update brings support for an iMessage extension to allow for seamless Interac e-Transfers directly in your messages, without the need to launch the bank’s iOS app to initiate fund transfers.

Once you’ve installed today’s Scotiabank update, head to the iMessage App Store and ensure the app is installed. If you already have Scotiabank for iOS installed, it’ll ask you to enable Touch ID for the iMessage extension to work.

Here are a couple screenshots of what the process looks like: 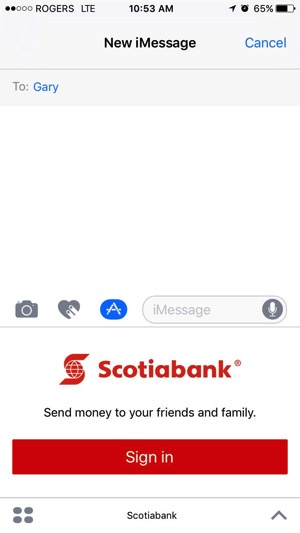 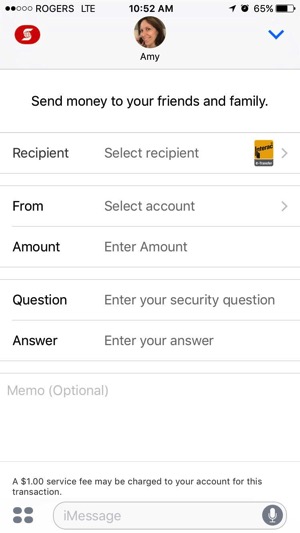 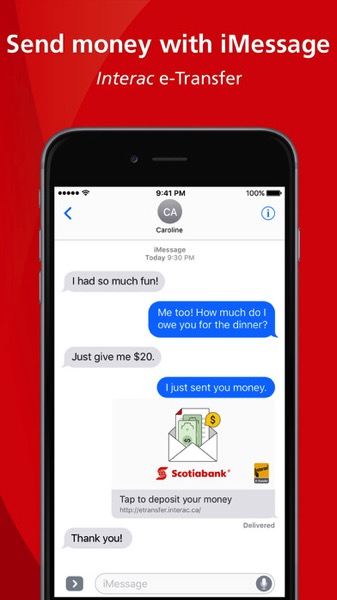 Looks like Scotiabank is the first big bank in Canada to support iMessage extensions for sending Interac e-Transfers. Let us know if you’re going to try this out!